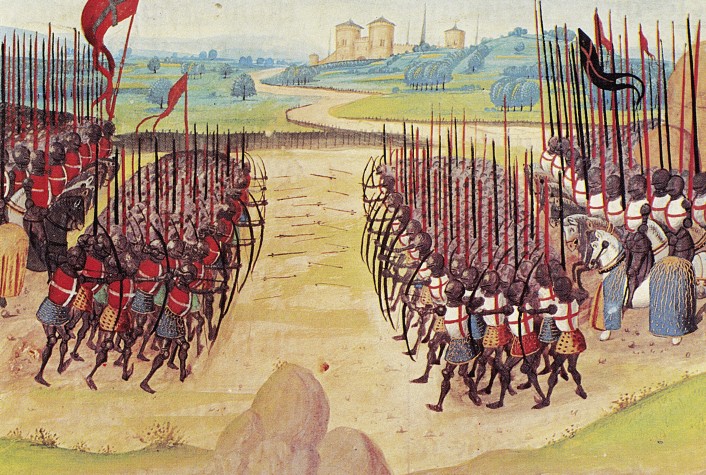 Prominent presentists, claiming to resolve this contradiction,  hold that “past times” inhere abstractly in the present as stories.   This  ingenious theory is however cumbersome and strained.  Its adherents, being realists about truth, yet denying that the past exists, are obliged to  postulate a new kind of metaphysical entity to serve as truth maker for historical statements. My  hybrid proposal, which accords a crucial role to historians, affirms realism as regards presently existing objects, including historical texts – the tomes on library shelves – but suspends it as regards the non-existent past which is their subject matter. I am  influenced by the philosophers of history, Collingwood and Oakeshott, for whom, being idealists, not realists, historical truth is a function of the coherence of historical interpretation, not of anything existing in the past. Historical texts are governed internally by coherentist principles. “The victor of Agincourt was Henry V” is, on my view, not about Agincourt or Henry V, but about the historical text in which it figures. When realists protest: ‘What nonsense!   It is about a real king, and a real battle. History is not fiction! Otherwise historians could make up anything they liked!’  I reply: they cannot: historians are held to rigorous standards in interpreting evidence. How could it help anyway to postulate that shadowy past which no historian has ever been able directly to access in order to check a single conclusion? . Historians, it is finally suggested, by their intellectual powers and narrative technique, fulfil a crucial role in the creation and construction of the historical past, and perhaps the past more generally.